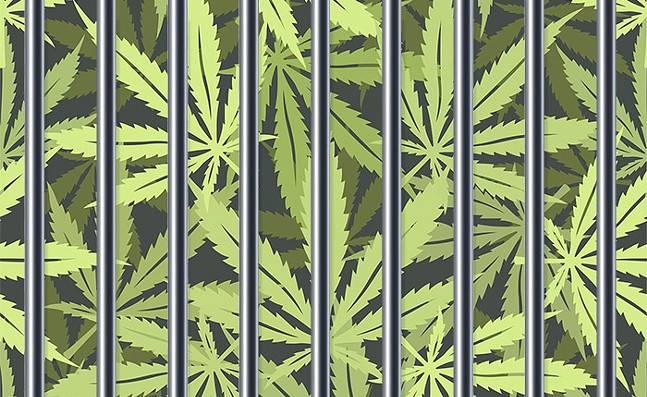 Getting a recreational cannabis bill passed is no easy feat. Only 11 states have done it, while 33 have legalized medical marijuana. Bills have been introduced in Pennsylvania over the years without ever realistically coming close to passing. But the turmoil caused by the pandemic could actually bolster the argument for legal cannabis in the commonwealth, as record-breaking unemployment and dormant businesses threaten the economy and the state’s budget stretches to provide for more emergency funding.

In February, State Rep. Jake Wheatley (D-Hill District) announced HB 2050, a bill that would legalize the growing, selling, and consumption of adult-use cannabis, while simultaneously clearing the records of those who have currently or previously faced drug charges for cannabis. Tax revenue from sales would go toward housing programs, student loan reimbursement, and after-school programs. In short, it would create jobs, revenue, and a new sector of the economy from which Pennsylvania has never benefited. Wheatley says that before the pandemic hit, he thought the bill was still a couple years away from serious consideration. But now, he believes it could plausibly happen much sooner.

“The demand on our tax system behind this pandemic, I think will be thus that we’re going to be looking at all available options,” says Wheatley. “I’m not pushing this just around the economics of it — I think it’s just good policy in general — but I think the fact that it has the potential to have such an economic impact on our budget, and this budget is being so strained, I think we’ll have a better chance within the next six months.”


Given the proposed tax rate, the number of people who use cannabis or support its legalization, and models from other states, Wheatley “conservatively” estimates legal adult-use cannabis could bring in half a billion dollars in its first couple years. Sales tax for cannabis would begin at 6% for the first two years and incrementally increase until capping at 19% tax. The adult-use cannabis system would not interfere with the current medical marijuana system.


An October 2019 poll released by Franklin & Marshall College found that 58% of registered voters in Pennsylvania support marijuana legalization; 67% of Democrats and 45% of Republicans support it. Though the total percent of support has remained about the same since 2017, it has increased significantly in the past decade. A 2010 poll showed 33% of Pennsylvanians supporting the legalization of marijuana. 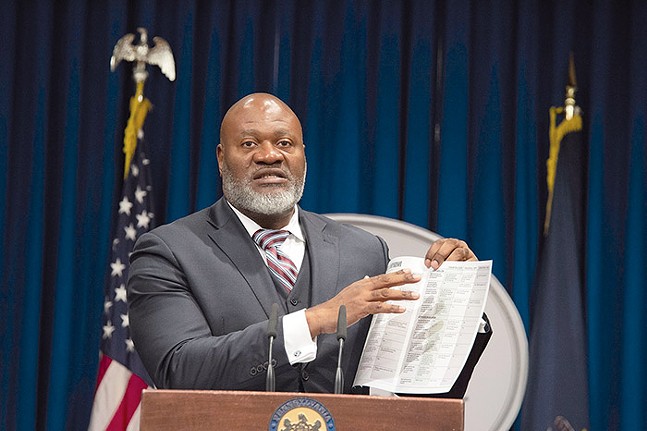 In 2019, Lt. Gov. John Fetterman completed a listening tour of all 67 counties in Pennsylvania to hear constituents’ opinions on cannabis and later released a report finding that 65-75% Pennsylvanians support its legalization. The report also cited “near-unanimous support” for the expungement of “non-violent and small” cannabis offenses. In response, Fetterman and Gov. Tom Wolf called for the General Assembly to “seriously debate and consider the legalization of adult-use, recreational marijuana.”

When he announced the bill in February, Wheatley cited a recent survey from Compassionate Certification Centers on the demographics of medical marijuana cardholders, which found that 86% of patients are white. There were 21,789 marijuana arrests in Pennsylvania in 2019, while a 2017 report from the ACLU of Pennsylvania found that Black adults were 3.6 times as likely as white adults to be charged for marijuana possession. These statistics seem to indicate that Black Pennsylvanians don’t have equal access to marijuana as a treatment for an array of illnesses, but are disproportionately punished for using it illegally.

The “clean slate” portion of HB 2050 would release inmates currently serving time for nonviolent marijuana charges, expunge criminal records with marijuana-related offenses, and reinstate any licenses, registrations, or vehicle privileges that were lost because of cannabis offenses. In addition to Wheatley’s previous adult-use cannabis bill, there are restrictions for employers, including that an employer could not fire or refuse to hire an employee because they test positive for cannabis.


“We think [this] aspect is very important because it gives people a true opportunity to live the type of life that they need and deserve,” says Wheatley, “and not let this failed drug policy prevent them.”

Hearing on proposed marijuana facility in Hudson pushed back to April...

Will Coronavirus Target the Marijuana Industry Next?

When Methadone Clinics Support Patients Who Use Marijuana