SIDNEY TOWNSHIP — Sidney Township voters on Tuesday turned down a proposal to opt in to recreational marijuana. 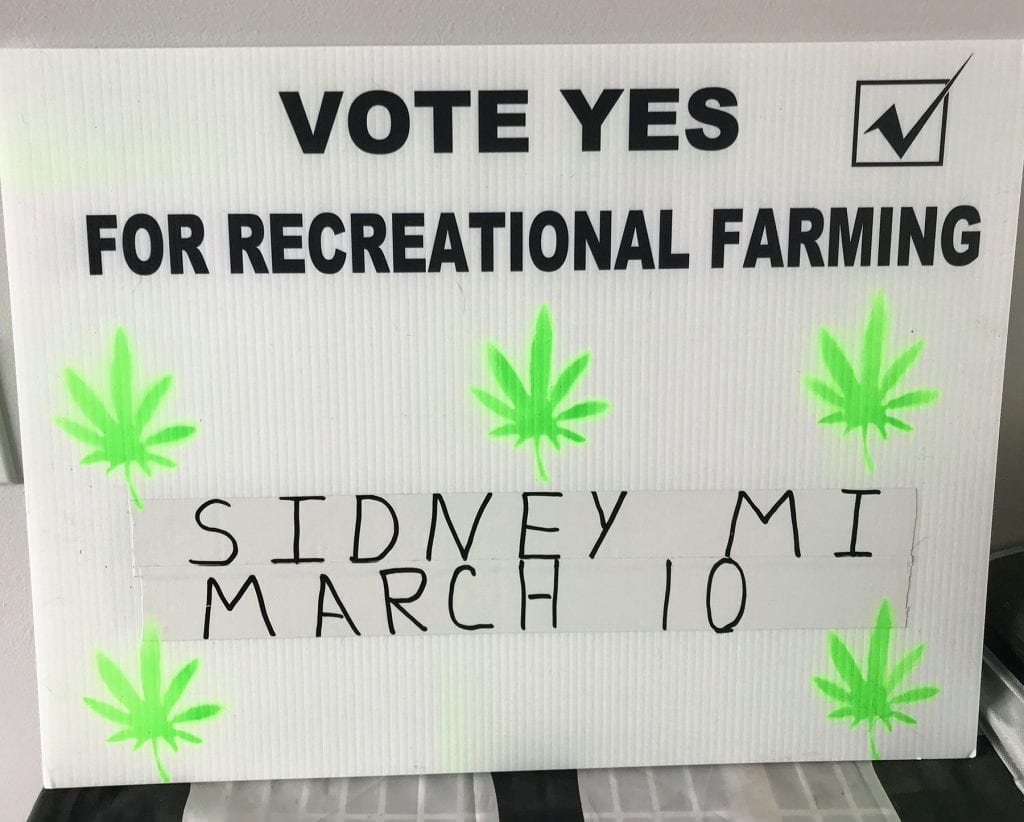 Voters denied a proposal to set the number of state-licensed recreational marijuana establishments within the township by a margin of 320 “yes” votes to 446 “no” votes.

The ballot question asked: “Shall Sidney Township, pursuant to the Michigan Regulation and Taxation of Marijuana Act, set the number of state-licensed marijuana establishments allowed within its boundaries, as follows?

• Marijuana Microbusiness (up to 150 plants), no limit on establishments.

Sidney Township Board Supervisor Terry Peterman told the Daily News that he was satisfied with the election results.

“I like it,” Peterman said. “I think the citizens have said twice now that they don’t want it. My board supports the citizens in this township.”

“(I’m) extremely pleased at the high turnout in our township,” Welder said. “I was elected to represent the will of the people of Sidney. Tonight they voted by a large majority to reject large scale industrial drug production in our township.”

The Sidney Township Board initially decided to opt out of recreational marijuana a year ago in a unanimous vote.

Township residents were then given a chance to vote on the matter when David Overholt of Sidney Township turned in a voter referendum to the board last December.

Overholt needed to collect 55 signatures for the referendum. He collected 112.

Overholt told the Daily News that he was disappointed with the results of Tuesday’s election as he was hoping for a different outcome.

“I’m sorry that it didn’t pass. I was hoping it was going to pass,” he sighed. “I was expecting to win, but that’s just the way it goes, I suppose. If you lose, you lose.”

Overholt says he plans to consider his options in other Montcalm County municipalities regarding the recreational marijuana industry.

“It’s never going to be totally over,” he said. “I’ll probably try to do something in a different community around here — either Crystal Township or Edmore. The results for Sidney Township are disappointing, but we did our best.”

Overholt said he also plans to look into filing a Campaign Finance Complaint Form with the state of Michigan due to some complaints he has about the way Sidney Township’s election was run.

4/20 parties from online concerts to workshops to celebrate the marijuana...

‘It Changed The Definition Of Marijuana’ – CBS Dallas / Fort...

What You Missed: The crawl to legalized medical marijuana in South...

The (Arrested) Rise of Craft Cannabis in Canada

Homeowners held at gunpoint as suspects demand marijuana, others items –...